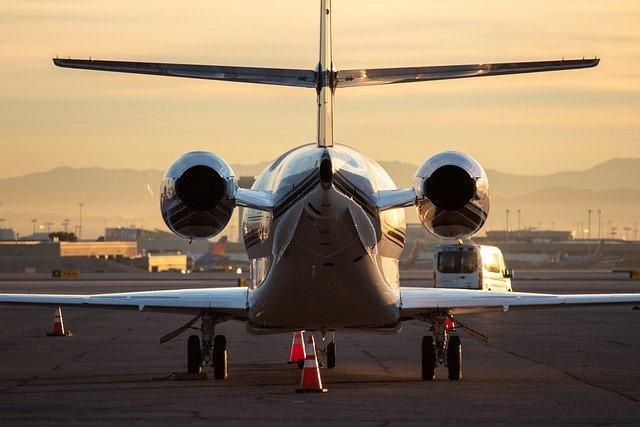 In 1942, aviator J. Crockett founded a small area for receiving local flights. This marked the beginning of the creation of McCarran International Airport. Several years later, the airport acquired its current name in honor of US Senator Pat McCarran from Nevada. Since then, the airport has radically changed its face, became the main commercial airport of the state, ultra-modern, with new terminals, long runways, it was McCarran Airport that was the first in the world to introduce fast check-in services at any terminal, regardless of the choice of the airline. The airport also opened 6 terminals at the exhibition complex in Las Vegas and passengers were given convenient access to check-in for the flight. The airport's capacity is increasing from year to year. Wireless free internet has a wide coverage area. Five kilometers from the main terminals, there is a large complex with parking spaces and a large number of car rental companies. The city is only 8 kilometers away and this attracts tourists. The airport will meet its guests with cozy cafes and comfortable waiting rooms, shops and currency exchange offices. Several works of art are exhibited on the territory of McCarran, you can while away the time at the Aviation Museum. Like the entire territory of the United States, Nevada is more accessible for tourists to travel by car; a huge selection of rental cars at the airport allows you to start your trip most comfortably. Las Vegas is known worldwide as the capital of entertainment and casinos. But over time, the city has significantly expanded the opportunities for recreation and has become not only the center of attraction for excitement, but also tourists of all categories and ages. For families with children, Las Vegas offers amusement parks, Shark Reef Aquarium, Lion Nursery. A rented car will give you freedom of movement and you can see the natural unique attractions of Nevada: the Grand Canyon, the Valley of Fire, the famous Hoover Dam. Las Vegas is rich in luxury spa hotels, art exhibitions, the city has a museum of extraordinary vintage cars. The cuisine of all nations of the world will pamper gourmets with a wide variety of dishes. For more than a century, Las Vegas has been attracting tourists from all over the world and of course your journey begins with arrival at McCarran International Airport.

Bookingcar offers a range of car rental options at Las Vegas International Airport
With us you can choose a car of any class that best suits your needs.
Our prices are one of the best prices on the market.
See for yourself!
Professional support
Our professional call center will help you understand all the intricacies of car rental. We guarantee full support throughout the rental period.

Other locations in Las Vegas:

And the price was pleasant, and the consultants are pleasant. And prompt, if necessary, answer all questions. There are enough people on the counters to not detain customers.

I remembered good service since last time, as I took a car here. This time I decided not to change the distributor, I booked a ford mustang convertible for a week. The terms of the lease seemed very profitable and just on Bookingcar.su the car was offered at a discount. Experienced, that will be with defects (not for nothing that they put a discount on it). As it turned out, nothing like this. At least a week, I did not find anything catastrophic.