Explore Miami in a hire car 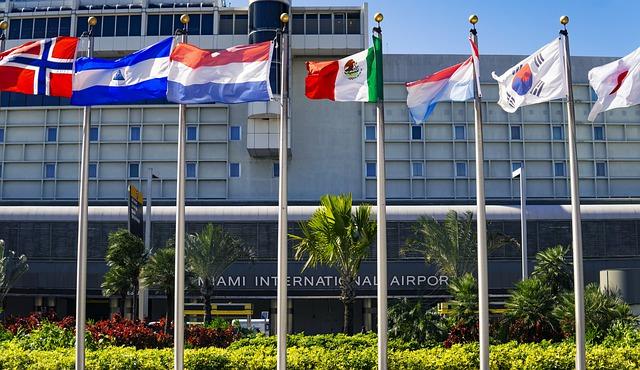 Miami Florida International Airport, often referred to as Wilcox Field, is one of the ten busiest airports in the United States, with more than 45 million passengers annually. It has several terminals, hundreds of gates, and the latest technical equipment. The proximity to the city attracts tourists to fly to this airport, while passengers are offered several types of transfers to Miami. For example, metro and taxis, commuter trains and shuttle buses. But the most popular is the transfer by rented car. At the Miami airport, a car rental center has been allocated, there are about twenty companies that rent a car. And it all began about a century ago, when a small airfield was built near Miami City, over the years it has expanded significantly and carried out all types of civil transportation. By 1943, near Miami's first airport, the Army Airfield was built to serve military aircraft until the end of World War II. Although a railroad ran between the two airports, they were merged in the 1950s, the railroad tracks were relocated, and military units moved to Homestead Air Force Base. For many years, Miami Airport operated flights within the country and to Latin America, but since 1970, the lengthening of the runways and the introduction of modern technologies have made it possible to make transatlantic flights. Since then, the airport has not stopped its development. Currently, an expansion and modernization plan for the next 15 years has been developed, after which Miami International Airport will be able to handle more than 70 million passengers and 4 million tons of cargo per year. The airport's spacious terminals offer a comfortable stay, comfortable waiting rooms, shops, restaurants, banks and rental companies. You can get a car for rent at the car pick-up counter directly in the airport terminal and at a special parking lot, to which a shuttle runs. By car, you can visit the most interesting places in Florida, its magnificent beaches, natural attractions and surrounding cities. Sunny Florida offers its guests a wide range of travel options and its main air gate is undoubtedly the International Airport in Miami.

Bookingcar offers a range of car rental options at Miami International Airport, USA
With us you can choose a car of any class that best suits your needs.
Our prices are one of the best prices on the market.
See for yourself!
Professional support
Our professional call center will help you understand all the intricacies of car rental. We guarantee full support throughout the rental period.

Other locations in Miami:

Definitely lucky with the car

I booked a car for 2 weeks. I wanted to extend my vacation, I asked the specialists to extend the term of the reservation. Everything was done quickly