Explore Chicago in a hire car

Location: 13 kilometers from the center of Chicago 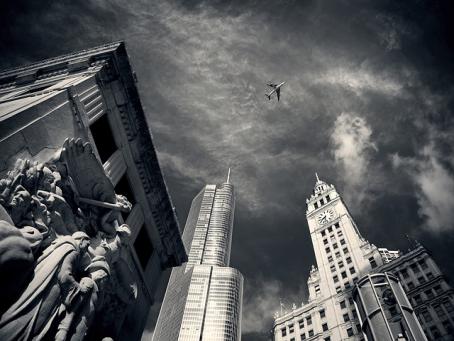 The opening of the Chicago Midway Airport took place in 1923. This old airport was the largest in the state of Illinois until the middle of the last century. Initially, it was created to carry airmail and was called Chicago Air Park, but by 1928 Midway had more than ten hangars and 4 runways operating at night. This airport bears its current name in honor of the Battle of Midway, which took place during the Second World War.
Midway is conveniently located, just ten kilometers from Chicago, while the city center can be reached in 15 minutes by car or 40 minutes by public transport. Thanks to this, the flow of passengers is growing from year to year and today it is more than 20 million passengers a year.
Restaurants and cafes, shops and free WiFi, ATM machines and car rental desks make your stay at this cozy Chicago airport comfortable. Car rental can be obtained from a local or international car rental company, in many of them at Midway Airport, and free shuttle buses run around the airport for convenience.
I would like to note that traveling by car opens up more opportunities for you in such an amazing country as the USA. The ancient cities of "one-story America", luxurious metropolitan areas and their fantastic skyscrapers, beaches and parks, all this becomes easily accessible when traveling by car.
Undoubtedly, tourists from all over the world are attracted by Chicago itself, a city with a special atmosphere, stylish architecture, a unique old city, saturated with the spirit of the Chicago mafia. In summer, jazz and blues festivals are held in Chicago, city beaches are open on the magnificent ocean coast.
We are confident that your trip will be rich and memorable when your starting point is Chicago Midway International Airport.

Other locations in Chicago:

Had a great time traveling. The only thing was that we rented additional services, a navigator and Wi-Fi, and then smart people suggested that we just need to upload the necessary maps to a tablet or phone and then we do not depend on the Internet. Let's try next time.

Even if there is some problematic situation, the company can agree on everything with the distributor. They are in touch and it is convenient. Because otherwise I would have to deal with all the issues myself.
Gerry Le, August 19 2020

At first, the rental conditions seemed loyal. Then I began to pay attention to how, for example, they quickly give out the car, not really going into what condition it is, but at the same time, on the return trip, they will double-check whether everything is in order. I understand that here it is more necessary to ask questions not of the company where I rent, but it still caught my eye.
Grace Love, July 29 2020

While the level of service only pleases
Audrey Morris, July 05 2020

After the accident, she called the police and contacted the company. There were a lot of breakdowns, so they took that car and gave another one in return. It’s good that I paid for full insurance, all insurance costs were incurred. I didn’t believe in all this, but it turned out to be a very necessary thing.
Jenna Hammond, October 15 2019